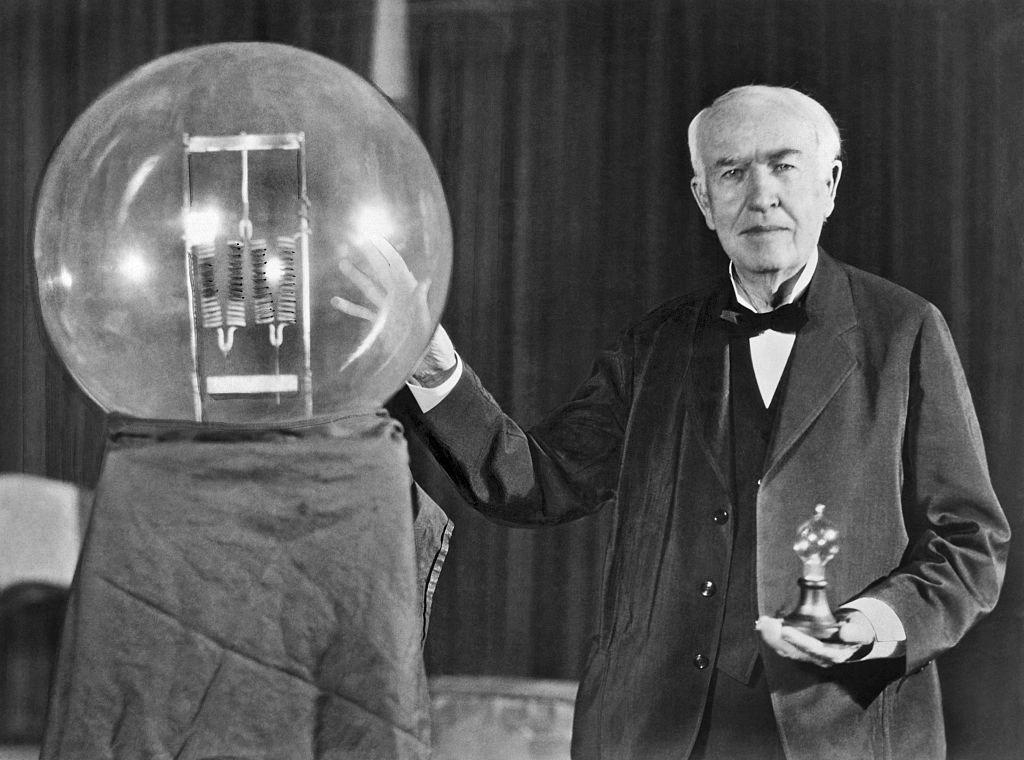 Thomas Edison was a very successful inventor, scientist, and businessman whose inventions significantly impacted the world. Inventions such as the phonograph, the motion picture camera, and a long-lasting everyday electric light bulb were all the result of Edison’s work.

Called “The Wizard of Menlo Park” by a newspaper reporter, he was one of the first inventors to mass produce his inventions. He’s often given credit for creating the first industrial research laboratory.

Edison is considered one of the most prolific inventors in history, holding 1,093 U.S. patents in his name. Apart from that, he also owns many patents in the United Kingdom, France, and Germany.

Today, I want to talk about seven amazing lessons we can learn from “The Wizard of Menlo Park.”

“Nearly every man who develops an idea works it up to the point where it looks impossible, and then he gets discouraged. That’s not the place to become discouraged.”

Roadblocks are sign-posts letting you know that success is just around the corner. They are there to keep the uncommitted out.

“Genius is one percent inspiration and ninety-nine percent perspiration.”

Thomas Edison said: “The reason a lot of people do not recognize opportunity is because it goes around wearing overalls and it looks like hard work.”

There is no success without hard work because it’s something you can only earn after much labor. And working hard for success enables you to become a valuable person who attracts success.

“If we did all the things we are capable of, we would literally astound ourselves.”

Most people are living considerably beneath their capabilities. They’ve never focused all of their efforts on a singular task.

This is why they are completely unaware of the power they possess. Everyone is good at something, and if singular focus is given to that talent over the course of years, amazing things will be done. You are capable of astonishing yourself!

“The best thinking has been done in solitude.”

I have had my best thoughts locked away in a quiet room.

Take time everyday to escape to a quiet room, if only for five minutes, to have your best thoughts. It’s hard to think about achieving the impossible when you’re surrounded with people wanting to discuss only the possible. Escape to a quiet room today and begin to see all your possibilities.

“Restlessness is discontent and discontent is the first necessity of progress.”

Thomas Edison said, “Show me a thoroughly satisfied man and I will show you a failure.”

As long as you’re perfectly content, you can’t make progress. Nothing happens until you become discontented.

If you can live with being 30 pounds over weight, then you won’t have the power to change it. Remember, “discontent is the first necessity of progress”.

Edison said, “Results! Why, man, I have gotten a lot of results. I know several thousand things that won’t work.”

That’s the way we should view our life not as a compilation of failures, but as series of necessary experiments letting us know what doesn’t work. From this perspective, we can move into doing what works and from there, we can succeed.

“The three great essentials to achieve anything worth while are: Hard work, Stick-to-itiveness, and Common sense.”

Nothing can replace hard work as it’s fundamental to success. If you’re not willing to work hard, you won’t even have a chance at success. No one succeeds and says “That was really easy!”

Additionally, you have to have a no-give-up-attitude. You must be willing to stick to a task that you’re passionate about and never lose focus. And the final key is “common sense”. Although we all have it, we don’t use it like we should.

You have what it takes to succeed. You have the ability to work hard, stay focused, and use common sense.

Are you going to do it?

I think you are.

Written by Mr. Self Development, a motivational author that offers a practical guide to success and wealth. Support him by visiting his blog at mrselfdevelopment.com or by subscribing to his feed.