During my recent two-week break from blogging, I wasn’t just focusing on my mental health. I did a couple of television interviews. I continued to hammer out details for a potential major project (details soon, I think). And last Monday, I drove to Seattle to attend a screening of Playing with FIRE, the new film about financial independence and early retirement.

I was impressed with the turnout. I thought that maybe 100 people would show up. But the local Choose FI group stepped up their game. The theater — which reportedly contained 278 seats — was packed with an enthusiastic audience.

Although I’ve seen the film before, this was my first chance to view it on the big screen. I thought it looked great! (Even the parts with me.)

And again, I was impressed how the movie, which is ostensibly the story of Scott Rieckens’ journey of discovery, really belongs to his wife, Taylor, who has to overcome her skepticism (and fear) in order to adopt a leaner lifestyle.

After the screening, I participated in a Q&A panel alongside Scott, Taylor, and Vicki Robin, who is one of my personal heroes. I was so interested in what Vicki had to say, in fact, that I whipped out my laptop to take notes!

What follows are some of Vicki’s thoughts — and my responses now that I’ve had time to think about what she said. Most of this is from the Q&A panel. Some of it comes from a conversation earlier in the evening. 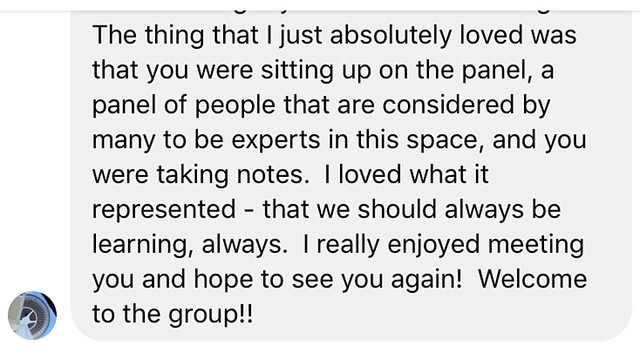 What Is Money For?

One audience member asked if we believed that these concepts would ever become mainstream, if average folks would ever embrace the ideas of financial indepence and early retirement. Will the movement pick up steam? Or has it run its course?

I’m on record having said that I think we’re at (or near) “peak FIRE”. I won’t say that the FIRE movement is a fad, but it’s certainly faddish. It’s a product of the incredible economic prosperity we’ve enjoyed during the past decade — the longest economic expansion in this country’s history! — and the rise to prominence of a few vocal proponents of early retirement.

I think there will always be some sort of financial independence movement, but the current size and momentum is unique. And it won’t last.

I didn’t say any of this on Monday night. But Vicki did.

“Every generation in America has had some version of this,” she said, “from the Puritans to the Transcendentalists to today. They realize that money and the story of capitalism isn’t the whole story of life.” 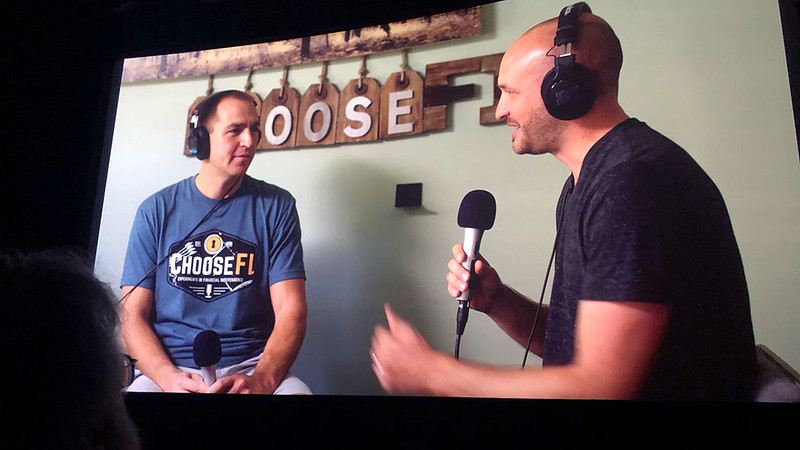 As she has many times in the past, Vicki lamented the fact that today’s iteration of financial independence seems to be less altruistic and more selfish. People are more motivated by personal gain. She’s all in favor of lifestyle design, but she wishes more people would pursue “lifestyle design with the world in mind”.

“The whole focus is on money,” she said. “But money is a tiny, meaningless part of your life. It’s just there for support. Yet it ends up occupying so much space in our minds. It’s problematic.”

I don’t want to put words into her mouth, but she seems to believe (as I do) that financial independence should be a side effect of a life well-lived, a byproduct of pursuing meaning. Wealth shouldn’t be your primary aim.

“This generation is aspirational at the level of money but not at the level of service,” she said. “There’s certainly an element of Stoicism from people like Mr. Money Mustache, but because the focus is so much on money and materialism, it makes it tough when people hit their ‘FI number’. They don’t know what to do next.”

When she and Joe Dominguez originally taught the “Your Money or Your Life” course, the people they served were on a spiritual journey. A lot of them wanted to go back to the land. That’s not how it is today.

This is a product of generational differences, of course. When Vicki and Joe were spreading the word in the seventies and eighties, our world was different. Now, forty years later, we’re even more immersed in technology and marketing and consumerism. But maybe that’s why her message continues to resonate with so many people?

“The whole point of this economy is to hook you up to a milking machine,” Vicki complained. Throughout the evening, she likened our consumer culture to The Matrix. She wants to help people escape the Matrix — and so do I.

For further reading on Vicki’s thoughts about the purpose of money, check out my March write-up of the talk she gave in Portland.

The Levels of Financial Independence

Vicki does appreciate how willing the modern FIRE folks are to discuss personal finance. She’s attended Camp Mustache and an FI Chautauqua. (She’ll attend another one in Ecuador this fall.) She’s impressed by the folks who attend these events.

“They’re good at social learning,” she said. “They like to get together and talk about this stuff, to talk about money. As a result, everybody gets better and better with money. Most people don’t talk about money, so they never improve.”

At one point, Vicki shared what she calls her “levels of financial independence”. “Each level gives you a degree of freedom,” she said.

These levels remind me, obviously, of my own stages of financial freedom, which I share from time to time at Get Rich Slowly. These started in 2009 as three (then four) discrete stages. Over time, my list has evolved. 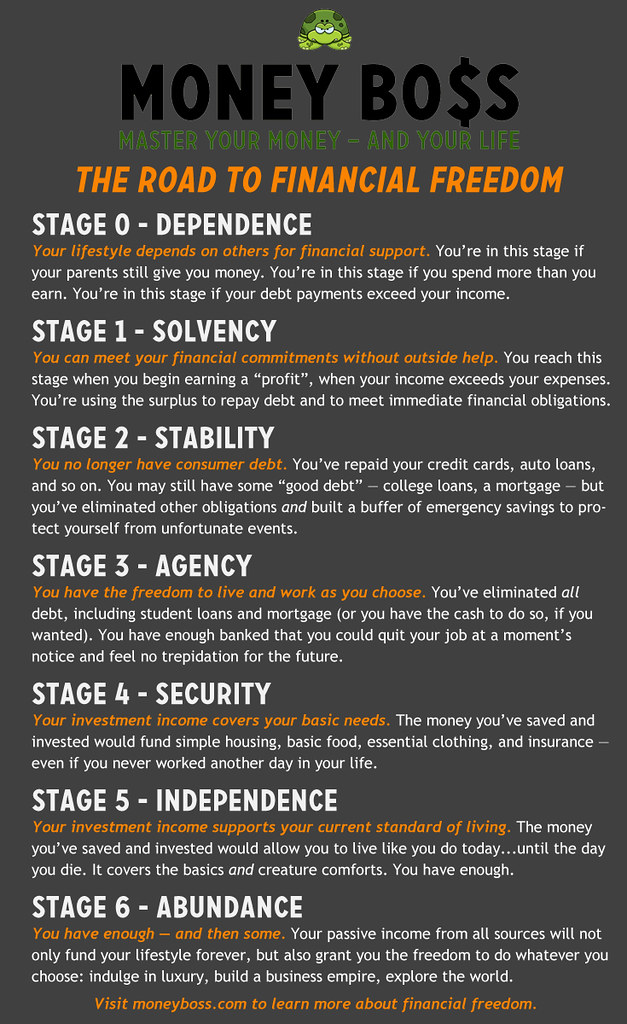 Apparently, I need to update that graphic. It’s still branded for Money Boss!

Toward the end of the Q&A, I got riled up. I went off the rails about people who complain that those who work in retirement aren’t retired. (“Bullshit!” I said, because it is.) Mostly though, I listened with everyone else as Vicki share what she’s learned during her 30+ years of experience in this movement.

It’s not every day you get to sit next to one of your heroes and take notes. I’m glad I did.

The post Playing with fire: Words of wisdom from Vicki Robin appeared first on Get Rich Slowly.