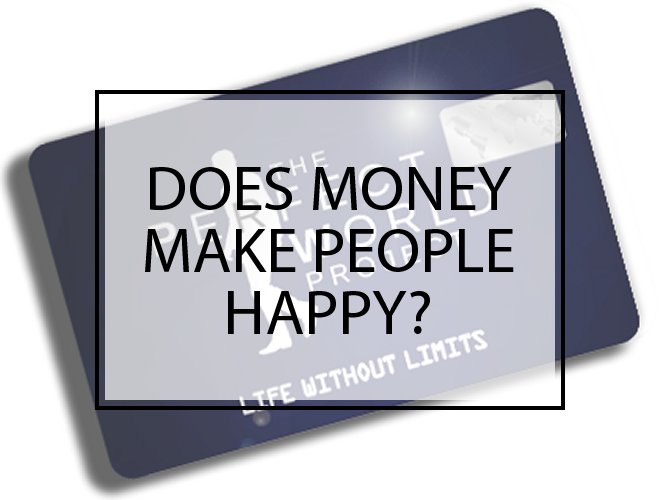 There’s an oft-cited study out there that says money does buy you happiness — but only up until a certain point. It says that after you make $75,000 per year, increasing your income is not going to make you any “happier.”

But the truth about wealth and happiness is more complicated than any study can say.

Take the case of Evan Spiegel, the 23-year-old CEO of a startup called Snapchat.

Last month, the Wall Street Journal and others reported that Spiegel turned down a $3 billion acquisition offer from Facebook. When people read these reports, they thought Spiegel was crazy.

But here’s the thing. Spiegel comes from a wealthy family. His dad lives in one of the most expensive neighborhoods in the Los Angeles area. Also, Spiegel was able to sell some of his stock in Snapchat to investors for millions of dollars.

So the fact is, when he turned down Facebook’s $3 billion offer, Spiegel was not saying “no” to being rich. He was already rich twice over.

And what did that money — his father’s and his own — buy him? It bought him a relatively risk-free chance to spend the rest of his life running a global technology company. It bought him a pursuit.

Having a pursuit that means something to you is not the same thing as having happiness, but it’s something like it that can’t quite be quantified in a study.

Many people in the tech industry know that, and appreciate Spiegel’s decision.

Not everyone, though. One tech executive I met with last week shook his head in bewilderment when Snapchat came up. He said that Spiegel was “taking food out of the mouths of generations of Spiegels.”

Obviously, the topic of wealth and its relationship to happiness is complicated and conversations about it are laced with judgement. And that’s why it so fascinating to read a thread they have on Quora where rich people are answering the question: “What does it feel like to be financially rich?”

Here are some of the most candid thoughts from the thread. Some of them are heart-warming. Some are brutally honest. Some are very surprising. 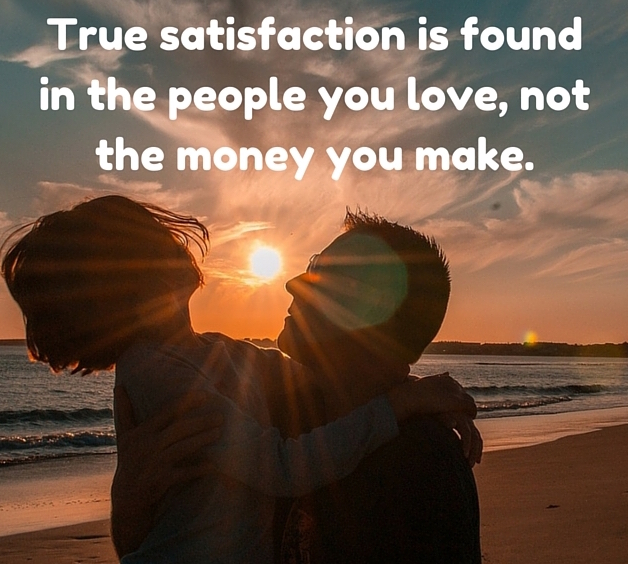 Money does not make you happier, relationships do.

“Happiness has mostly to do with relationships and the quality thereof.”Screenshot/YouTube

“I don’t believe very much in the hedonics argument about wealth – that the more you have, the more money you need to maintain a certain level of happiness. Happiness has mostly to do with relationships and the quality thereof. I doubt that it’s a metric that can be measured effectively by economists to come to a conclusion.” — J.C. Hewitt

After you are rich, you take it for granted, like you take having great parents for granted.

“[Being rich] feels like all the other blessings we have in life when times are tough – we know that they are blessings, strive not to take the for granted, but can forget we’re blessed when we’re feeling down. It’s like having a beautiful kid of a wonderful spouse or great parents. And for me, at least, I can say with absolute certainty it has not made me any happier.” — Rick Webb, COO Barbarian Group

Having a lot of money makes you want to make more.

When rich people start dying, they become less proud of their wealth.

“After she attained what she thought was success, [my mother] was diagnosed with Stage IV cancer. She spent the days up until her death regretting almost all the choices she made and beat herself up day after day. One of her last journal entries included reflections on how unappreciative she was with the things in front of her, and finally realizing happiness does not lie within superficial matters a little too late.” — Mona Nomura

Rich people get all the same sadness, but they don’t hurt as much because they are still rich.

“Rich people are prone to all the same maladies and emotions as anyone else, and at the same frequency. And certainly, in some cases, money itself can cause stress and unhappiness. But, with one difference — if you’re unhappy and rich, you have money. And money buys creature comforts.” — Steven Kane

After you get rich, you feel the same. 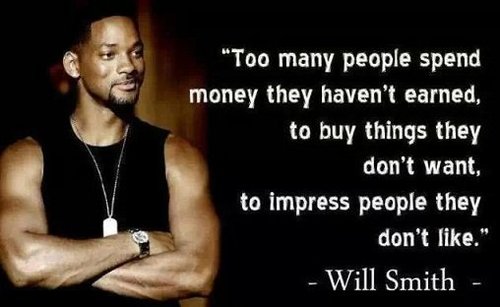 “After a few months of wealth you will eventually get used to it and become the same person that you are now. Shuttershock

“After a few months of wealth you will eventually get used to it and become the same person that you are now.” — Balraj Chana

If you are rich because of your salary you end up working all the time.

“Socially, the life of someone who makes a lot of money is probably not what you expect. The “rich” on television are usually old money of some kind. The working rich pretty much have to devote their lives to work. At many points, my dad was working and traveling for twelve months out of the year. I think when my sister was born, he was literally commuting between NYC and Zürich five days out of every seven.” — J.C. Hewitt

Being rich makes you feel smarter and better than the rest of the world, and that feels good.

“It feels good when you break your own money making records and look at the rest of the world like retards. It’s good to defeat the system and money helps you do that.” — Anonymous.

You get respect you don’t deserve.

“Life is effortless for the rich. Just by being who you are, perhaps 99% of the world will hop-to and accord you respect that you don’t deserve. Even the stupidest and most illiterate rich person can be showered with respect and praise.” 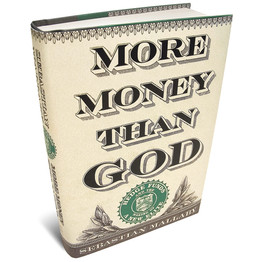 “Having grown up as a child in a family which can be described as old money, and having since then lived in humbling circumstances, I can say for sure that families from old money treat their children like gods. When I was little, I used to take kids aside and explain to them that I was indeed God. ‘Psssst, you know I’m God, right?’ Obviously that feeling has left me, but it hasn’t left my father, who used to tell me that we have blue blood. He now sits in his room in a constant depression, and is the most miserable person I know.” — Igor Atakhanov

” My life has less risk.  If I’m ever ill, I go to the best doctor.  If I want to invest in real estate, I can afford to lose the investment without effect to my lifestyle.  I can have 5 kids and know that each of them will go to college.” — Josh Kerr

After you get rich, you will still ask: “Is this it?”

“When you’ve achieved all material goals, you startup asking yourself, is this it? And then if you’re a truly ambitious individual, with some care for what the world could be you start asking yourself, what next, how can I change the world? That’s where I’m at at this point.” — Anonymous