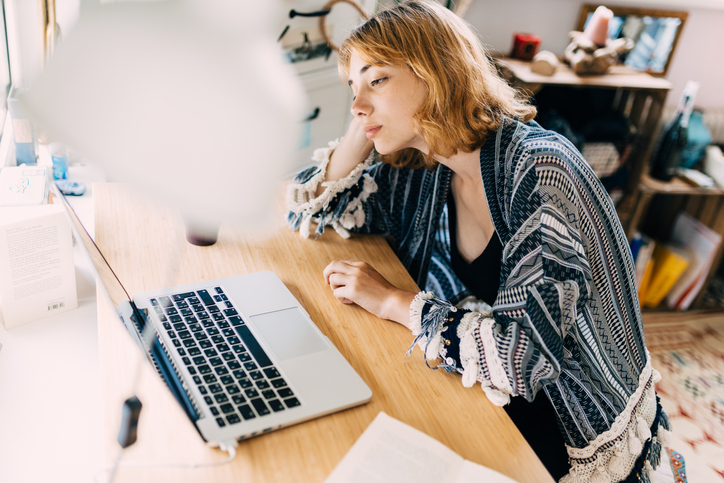 It’s no secret that in the United States, going to college is expensive.

The average college graduate leaves school with an average of $37,584 in student loans. The Federal Reserve reports that, nationally, Americans owe $1.6 trillion in student loan debt.

Student loan debt is an enormous financial difficulty for many people in America. The average person takes about 20 years to pay off their student loans, meaning that even people well into their 40s are saddled with student loan debt, and many older parents are dealing with helping their children manage student loan debt. The payments become a constant burden, weighing people down through much of their adult life.

One common theme on the presidential election campaign trail in 2020 was how to address student loan debt, and one common solution was student loan forgiveness. The federal government has the power to forgive federal student loans, so simply forgiving a significant portion of this debt can have a profound impact on people’s lives.

But the important question is: Will student loan forgiveness happen in 2021?

“Biden will create a new, simple program which offers $10,000 of undergraduate or graduate student debt relief for every year of national or community service, up to five years,” the campaign states on its website.

These plans are in line with the plans proposed by many of Biden’s Democratic colleagues in the Senate and House of Representatives.

Should you bank on student loan forgiveness?

There are several important things to consider before making plans that rely on student loan forgiveness.

First, it appears likely that there will be a split government under Biden’s presidency. Congress appears to be headed for a Republican-controlled Senate and a Democratic-controlled House, which means that any significant bill that passes through Congress is going to have to involve some compromise between the two parties.

So, what does this mean for you?

There is a strong likelihood of some form of student loan forgiveness in the near future, but the amount will likely cover only a portion of your student loans. While many in Congress are on board with such proposals in general, others support it mainly as a means of stimulating the economy. Thus, if the economy begins to rebound in the future as a coronavirus vaccine becomes widely available, we’re less and less likely to see significant student loan forgiveness.

In short, some small level of student loan forgiveness is highly possible in the coming months, but becomes less likely as more time passes. While you shouldn’t make major financial plans based on this, you do have room to feel optimistic that there will be some amount of relief in the near future. This is particularly true if you are on track to perform public or national service in the coming years.

What if I’m not eligible for student loan forgiveness?

Unfortunately, even the most optimistic proposals — aside from the one proposed by Senator Sanders — do not cover all student loan debt for everyone.

Most students will still have some student loans even if these proposals are enacted. Some of your student loans may go away, but you’ll still be left with a balance on your student loan account. In this situation, your best options are to have a smart debt repayment plan that helps you determine which debts to pay off first and which debt deserves an extra payment when you can afford it.

Another route to consider is student loan consolidation or student loan refinancing. This lets you combine and lock in your student loans at a lower interest rate, which will minimize your monthly payments or shorten the length of your repayment terms.

You can also consider consolidating your federal student loans through a Direct Consolidation Loan, which combines all your federal loans into one with a weighted average interest rate.