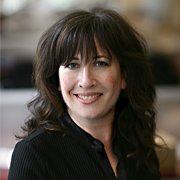 The wealthy enjoy an intangible benefit that often eludes the paycheck-to-paycheck worker: a sense of control over their lives. They feel secure in their jobs and less stressed about their futures. (Plus, they can order room service instead of trying to make three meals out of a Subway sandwich.)

But are they much happier than the rest of us wage-earning, ’90s-model-Camry-driving schlubs? Not really.

Rich! Happy? Not really
Studies show that lottery winners, heiresses, and the 100 richest Americans are only slightly more satisfied than the guy toiling for his pay in the generic office-park cubicle. Still, mere mortals find it difficult to allow that an extra digit or two on the paycheck won’t put a permanent smile on our faces.

Why is it so hard to accept the idea that increased wealth doesn’t markedly improve our mental health?

Happy amnesia
The ability to imagine — to try to predict our future state of mind — is what sets us apart from less-evolved species. It’s also the very thing that stunts our shot at true happiness.

We assume that a sportier car, a bigger house, a better-paying job, or that dress will bring us joy because, well, they did in the past, right?

Not really, says Daniel Gilbert, a Harvard psychology professor and the author of Stumbling on Happiness. “Research reveals that memory is less like a collection of photographs than it is like a collection of impressionist paintings rendered by an artist who takes considerable license with his subject,” Gilbert writes. We forget that the new-car high deflated well before our first trip to the mechanic, and the raise came with stressful late nights at the office and a steeper tax tab.

Our appetite for self-destruction
What’s so wrong with relishing and embellishing the good? It’s costly. Faulty emotional recall makes us do dumb things with our money, like buying cool new stuff that never quite satisfies.

In so many areas, we know when enough is enough. When we’re healthy, we don’t strive for extreme health. After a good meal, we’re sated — we don’t order another filet mignon to augment our satisfaction.

Yet our “pause” button shorts out when it comes to money. The brief pick-me-up that accompanies a raise or windfall (think of it like a caffeine buzz) drives us to want more. We get a raise, spend it, adapt to our improved circumstances, and seek more money, working up a sweat on what University of Southern California economist Richard Easterlin calls the hedonic treadmill.

But somehow the happy-o-meter stays in the same place, or even slows down. Consider that the average American is less satisfied with life today than we were in the 1950s — yet we earn twice as much (and, yes, that’s adjusted for inflation). No wonder they never crown a winner of the rat race.

How much is enough?
Absent total emotion recall and the ability to recognize when we’ve hit our happy set point, what will make us happy? How’s $50,000 a year sound? That’s the contentment calculation from a Roper/ASW survey a few years ago.

Of course, the amount is relative, but consider what it represents to the average (non-Manhattan-rent-paying) American: It’s enough to cover the bills and have some fun money left over.

After that, each incremental move up the pay scale has less long-term emotional impact. A 20% raise won’t make you 20% happier. And, in fact, chasing that extra 10 grand might just make you miserable.

So the guy in the corner office may actually be more bummed out than those of us in the cheap seats. Does that news bring a smile to your face? If so, it’s OK with us.